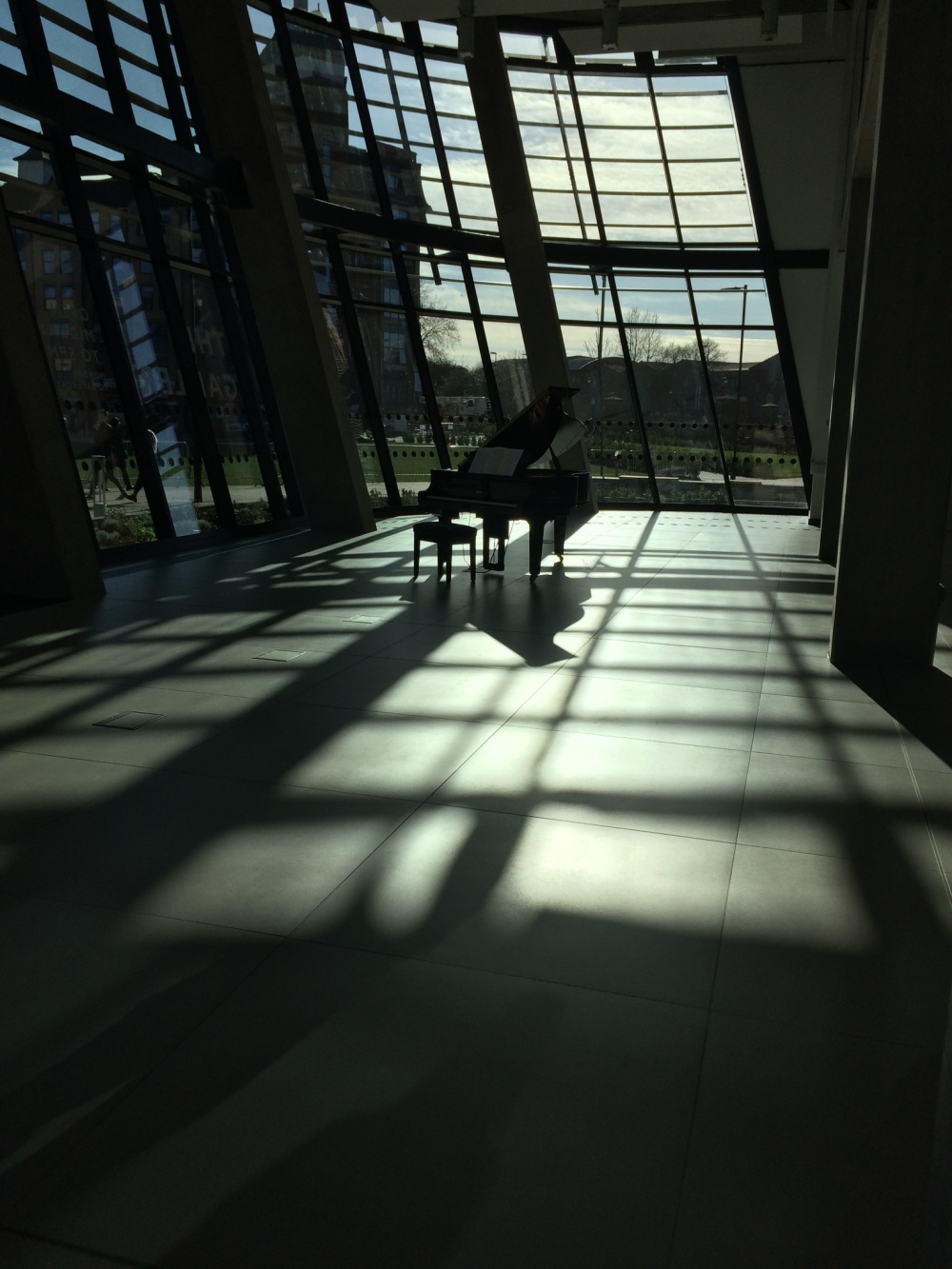 Jonathan Monk likes to make jokes…and he’s pretty unapologetic about it (take a look at Wool Piece II from 2014). Although pretty well known across Europe he’s less so over here. Much of his reputation rests on his insider art world jokes (witty commentaries on artists as diverse as Ed Ruscha, Bruce Nauman, Mark Rothko etc.).  As he was born in the city and studied at the Leicester Poly back in the eighties it’s not inappropriate he’s back at De Montfort’s new gallery space with a solo show titled The Sound of Laughter isn’t Necessarily Funny. Quite.

First the rather lovely space has been sparingly populated…five pieces in fact. The centrepiece is a work that betokens the other main direction for his activity, a more serious and intimate personal reflection on his own life and family rather than those insider art world jokes that made his name. This other strand of his earlier work is writ large here. It comprises an elegant mechanical piano that plays a musical score ‘created’ by his mother cleaning the piano at home and the beautifully notated sheet music sitting on its stand is quite affecting and poignant. It looks magnificent in the space with the sunlight streaming in, pointing up the dust that necessitates the regular process of cleaning. Away towards the darker corner of the gallery a Grandfather clock faces off against a Grandmother clock, the time on each slightly asynchronous with the internal workings partially exposed. Adjacent to this a small cuddly toy, dismembered and missing a limb or two, is embalmed in a perspex box forever locked in almost imperceptible rocking motion between repose and upright, operated it would seem by an overelaborated atomic clock device that sits beneath it. Away to the far side of the space facing out onto the campus is a self portrait bust of the artist himself…one of a series where he invited prominent artists (initially from the Art Povera movement) to use a specially chosen hammer to smash off his nose. Here it’s the post pop conceptualist Maurizio Cattelan (or perhaps, famously, his stand-in) who has done the honours. 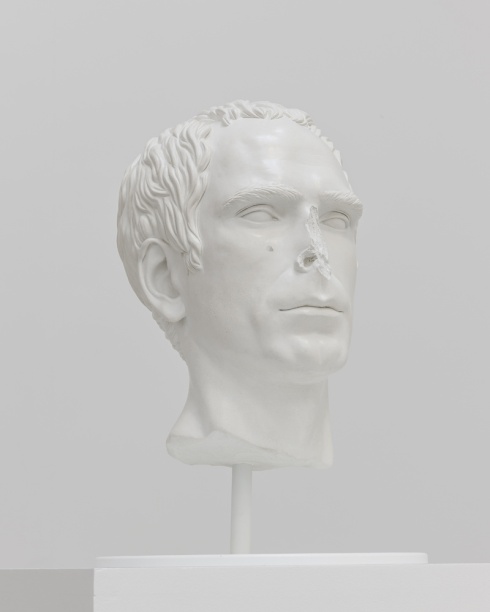 So the theme is, appropriately enough, a kind of family reminiscence, grandparents, parents, perhaps the infant artist or siblings and a self portrait…accompanied by a riff on his students days with a small lightbox mounted high on a wall opposite the portrait bust of the artist’s hand holding a picture of Steven Morrissey (The Smiths) – a band he has referenced before in his work. It is all too easy to dismiss Monk’s work as just more ‘stuffism’ but that misses the quiet symbolism that lurks here. Whilst much of the riffing on art pieces that many of even a relatively informed audience might struggle to identify these works that explore familial relationships, test our notions of nostalgia and ultimately cross convincingly from the personal to the universal have both elegance and depth.